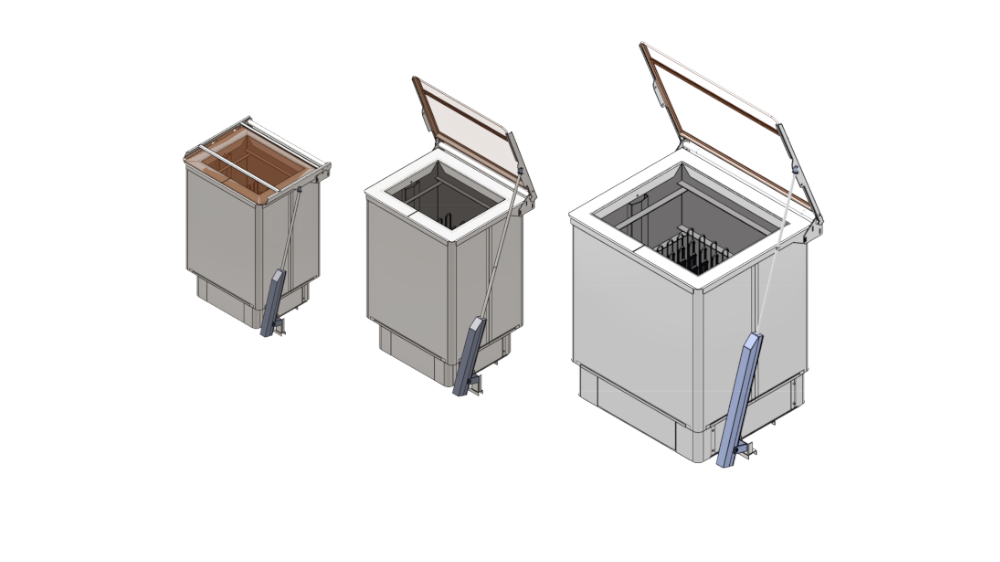 THE ONLY ALWAYS READY STOVE FOR LARGE AND MEDIUM-SIZED SAUNAS

Saunasampo Magic Stove is the world's first always ready electric stove. It was presented at the Tampere, Finland, Invention Fair in 1990. At that time, electric heaters were grills with the most common 20 kg, maximum 40 kg stove stones. Some big heaters in public saunas contained 60 kg of stones.

The 200 kg of stones in the Magic Stove revolutionized the electric heater market: it was possible to make an electric heater that was not a grill but allowed for moist, gentle steams. After the introduction of the Magic Stove, Helo's and Harvia's alwaysready heaters with more than one hunred kg stove stones were launched. Due to the patent for the Magic Stove these always ready heaters did not have a fan, which limited their area of ​​use to small saunas. Since then, the continuously heated Iki stove and it´s imitators have plenty of stones.

The first Magic Stove were installed in 1994. Among the first heaters was the Vanajanlinna´s Magic Stove, which has been in use as such for 28 years. There are also Magic Stove in the Finnish Parliament, two of them were purchased first for the staff and two more later for the  Members of Parliament.

Physically and functionally, the Magic Stove has not changed significantly. Instead, the control electronics have progressed from relay control through programmable logic to digital.

Saunasampo Oy is a company that specializes in high-tech saunas, develops, and produces customized Saunasampo stove technology, and is able for real-time remote monitoring of Magic Stoves around the world.